Millions of people around the world practice football betting, it’s no surprise that there are lots of theories made up about it. Some people make up theories based on pure perception and belief; others make them up out of their own experiences over time. These people, however, try to make others believe it, too, even though it’s all in their heads. It’s sometimes surprising how people tend to believe cooked up “facts” so easily without finding out if they are true or not. Here are a few myths you should leave behind this year.

Which Is the Best Football Prediction Site of the Year?

● No one wins in the long run

Just because some people tend to lose often or lose more than they win, they believe that in the long run, losing is inevitable. This is not true as betting requires a lot of gut, research, and evaluation to be able to predict a future occurrence, plus you also need lady luck on your side. Betting has always been somewhat difficult, not just in football, but other sports as well. However, some people win back to back because they dare to do their research well & are lucky enough too.

This is one of the most popular football betting myths, and with the way people talk about it nowadays, it almost feels as if it isn’t a myth anymore, but guess what, it totally is. People believe that bookies fix matches in order to gain maximum profit from bettors but here is the shocker, they already have this “maximum profit”. All they literally have to do is to increase the amount staked on each match. Plus bookies hate fixed matches because they will have to pay a whole lot of money to “match-fixers”, now where is the profit in that?

● Winning is easier when you stake more for less odds

It may be true that lesser odds mean there are more chances that your game will end up been productive, however, people have viewed this as a sure win when they see odds as low as 1.5 or 1.2. As a result of this belief, they often stake a lot of money in order to get a lot out of games with less odds, they don’t realize that they are actually putting themselves in much bigger risk. There is really no difference between a person who has staked little for more odds and the other who has staked more for less odds. The difference between them mostly is pure luck. 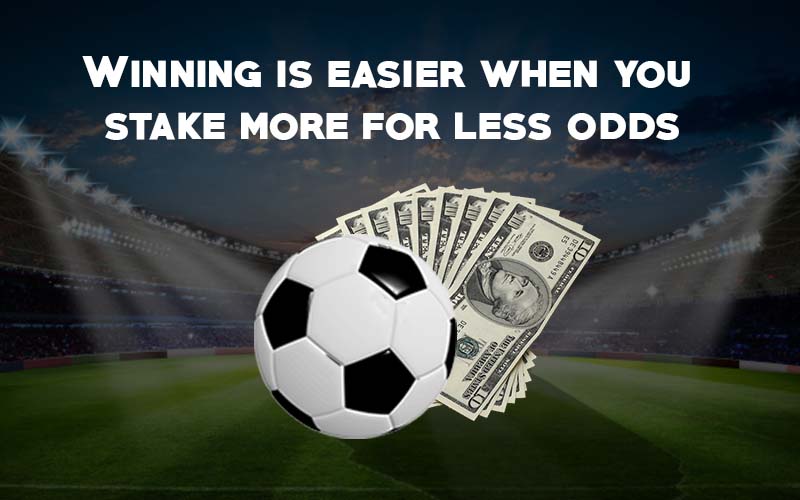 This is also one popular myth believed by even bookies themselves. People think bookies are able to predict and tell based on statistics, the outcome of a game that’s why they seem to know how to properly balance the odds. Some even believe that they possess some tech or software that helps them tell the outcome of a match based on statistics, WHAT A MYTH!! If you had believed this, well sorry to burst your bubble but they are not TRUE! What tech could they possibly have that will be able to tell exactly what will happen in the future? These bookies are also humans and they place their odds based on what they think or what they have evaluated. 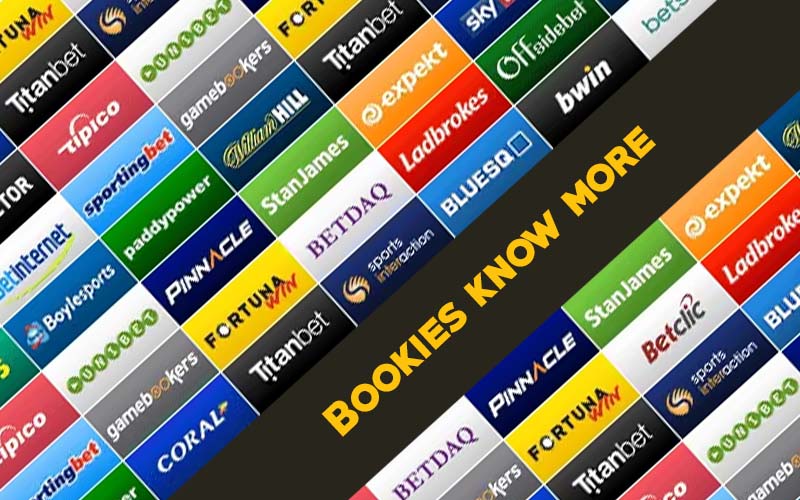 People think there are professionals who specialize in the betting industry and have records of their predictions turning out correctly. It may be true that their football predictions indeed turn out right most times but you need to get rid of the idea that there is a professional somewhere. The truth is no one is good at betting. People only try their best to make the correct predictions in order to make maximum profit. So don’t think there is a professional tipster better than you at this, IT’S ONLY A MYTH! Which Is The Best Football Prediction Site In The World?

People often say that once a bet has become too popular, it will most likely turn out unproductive. This is partly in relation to one of the myths stated earlier “bookies know more”. People believe that once a bet gets too much attention, bookies find a way to manipulate the outcome of that particular bet for them to be able to win a whole lot of money. Now the question is how on earth are they supposed to do that? People probably based their assumption on the popular bets they’ve had before which didn’t turn out well.

Some people think it’s very hard to win bets with high odds because those bets often look unrealistic. They forget that this is football and absolutely anything can happen. The fact that a bet looks quite hard for it to come to pass doesn’t mean it will never happen. There are times when unbelievable things happen on the pitch, things you would never have thought of. So it’s fine to try out these bets once in a while and one good thing about them is that no matter how much you stake when you win, you win big so don’t let the myth discourage you from doing it. 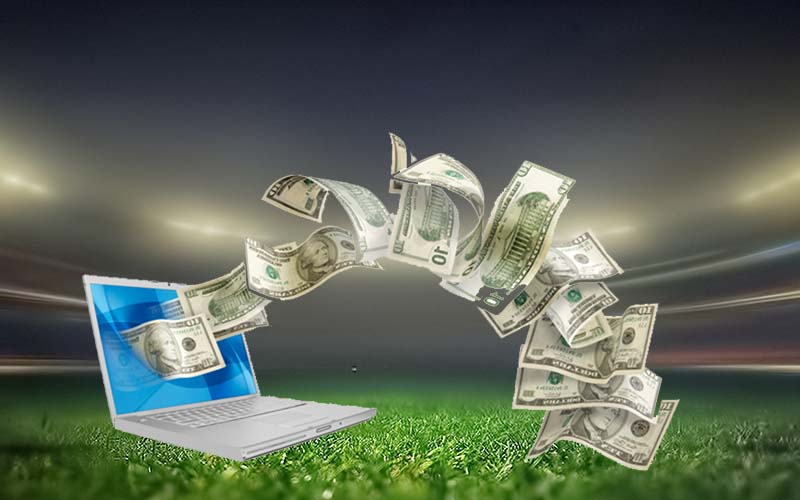 ● Bookies will limit or ban you

Some people think once you start to win too often, bookies can start to feel suspicious and they could choose to limit you and if they discover that you still continue to win, they could end up banning you eventually. This is not true as bookies only ban people who have been caught cheating in any way, otherwise, they have no right whatsoever to ban you or do anything to your account. However, you shouldn’t forget that these bookies are human like you and they wouldn’t like losing, just like you, but that doesn’t mean they will do anything to your account if you haven’t done anything wrong.

Most people nowadays believe that it is very hard to predict the result of the match so to be on the safer side, they prefer to predict the total number of goals to be scored in the match. This belief is considered a myth because just as you are not sure of what the outcome of the match will be, predicting the total number of goals to be scored is just what it is as well, prediction. Anything can happen during a football match and this uncertainty is what makes it even more interesting.

● More bets are lost because of late goals

You often hear that there are more losses than wins in the betting industry because of late goals. Late goals happen sometimes but we can’t just conclude and say its the cause for more losses. People often don’t think about it that these goals also bring in wins in some bets. Come to think of it, there are several other things that could cause you to lose your bet other than late goals. This is obviously a myth because first of all, late goals don’t happen as often as people think and there are some of these late goals that actually bring victory for some.

This myth was the most popular when online betting started. People were skeptical about betting online because they think it has been manipulated by the bookies or some unknown entity is able to predict matches online and this affects the odds, unlike land-based where odds are “properly distributed”. Well, there is nothing much to say about this other than anyone who believes this is probably old-fashioned and not used to the internet. Online betting became a thing because it offers bettors comfort and easier access, it has nothing to do with bookies manipulations or not.

Some believe that once a club has purchased a very good player, it means that that team is in for a winning streak. This could be partly true but not in all cases. If a club decides to sign a very good player like Lionel Messi it doesn’t mean they will always win. The success of a team doesn’t particularly rest on how good the players are, it mostly depends on how those players are used & more so, how the team systems work. So a team can be filled with good players but due to poor management, they could end up with a bad run of losing streak. This myth is surprisingly shared around by almost every football fan. Well, now you know it’s only a myth.

● The signing of new managing personnel

This myth is also believed by a lot of football fans. Once a manager whose records look very fascinating gets employed to manage a team, it doesn’t mean the team has gotten the superpower to defeat every other team. A manager could be undefeated for 10 straight years but could end up losing once he gets employed by another team. This is because the chances of a team winning is not determined by just the manager so if you want to bet on a team just because they just employed an exceptionally good manager, think again.

Several football betting myths exist in the betting industry today and has made a lot of people to make wrong decisions. These wrong decisions even cause the birth of new myths. Now that you have been educated quite well on these myths, discard any kind of football myths you might believe so you can focus on your betting business outrightly for what it is not what it’s not. 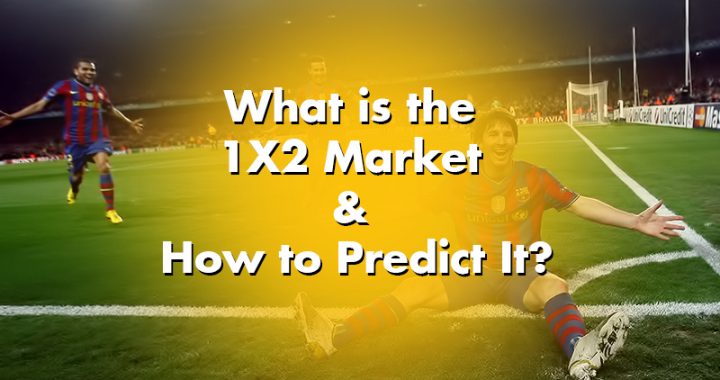 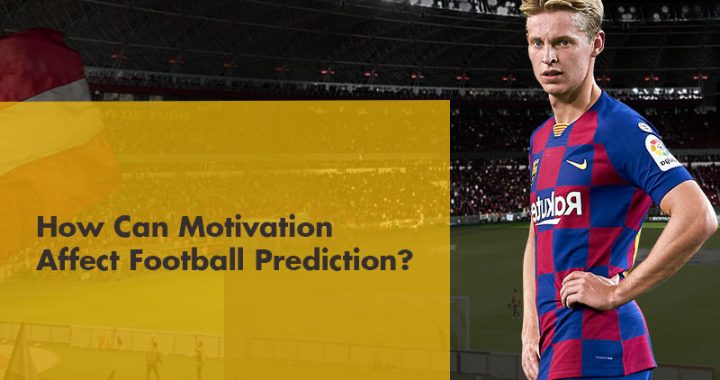 How Can Motivation Affect Football Prediction? 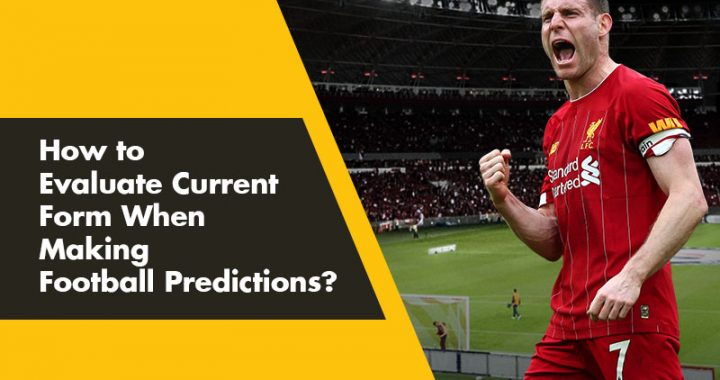 How to Evaluate Current Form When Making Football Predictions?

You may have missed 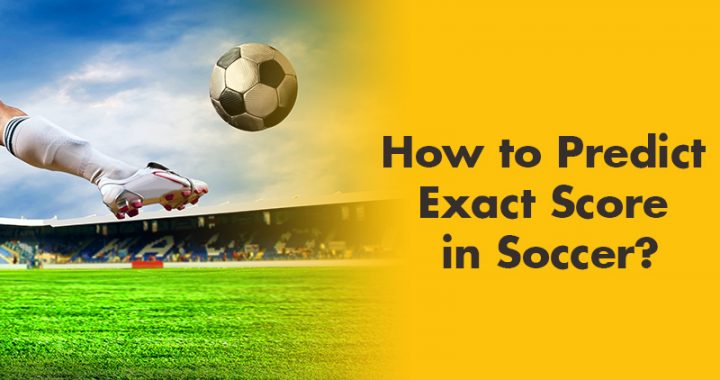 How to Predict Exact Score in Soccer?

How Can Motivation Affect Football Prediction?

How to Evaluate Current Form When Making Football Predictions?